American Horse Publications award-winning writer Julie Bryant announced today the launch of a new podcast, Crimes Against Nature. Its purpose is to point a spotlight on crimes involving animals, including insurance fraud, stolen animals, drug trafficking, targeted kills and how animal cruelty can serve as a gateway crime to even more horrific events.

The uptick in horse shootings, the butchering of horses in the field, cattle rustling, dog fighting, theft and other crimes against animals makes this informative podcast A Must!.
© 2017 by Elliot Moore New window.

“For too long crimes against animals have gone under reported or unnoticed,” said Bryant. “With the uptick in horse shootings, the butchering of horses in the field, cattle rustling, dog fighting, theft and other crimes against animals, I felt led to start this podcast to hopefully bring some attention to these crimes, as well as to those who work tirelessly, many of them volunteers, to help locate the perpetrators and bring them to justice.”

Bryant noted that the podcast will also examine laws that pertain to animal cruelty or animal abuse, particularly in light of the passage of the Preventing Animal Cruelty and Torture Act (PACT) signed into law by President Trump in 2019.

“There was such a mixed response to the passage of the law in the animal community that I hope to help people understand when the line to animal cruelty is truly crossed in the eyes of the law,” she said. “Over the course of the podcast, I will be talking to legislators, members of law enforcement, veterinarians and forensic psychologists to help identify the signs of animal cruelty and abuse, and how ordinary citizens can help.”

The podcast will air its first full episode on July 15 with the story of Dallas Mounted Police horse “Cash,” a Percheron struck and injured by a brick during recent Black Lives Matter marches in Dallas.

Bryant will also profile stories that continue to intrigue animal enthusiasts, such as the death of Alydar, as seen through the eyes of his surgeon, veterinarian Larry Bramlage, DVM, of Rood and Riddle Equine Hospital, as well as former Kentucky Thoroughbred Association Executive Director David Switzer, who was a member of the team that worked unsuccessfully to save Calumet Farms from bankruptcy after the death of the famous stallion.

“This is just the tip of the iceberg,” Bryant said. “Having only shared the idea with a few friends, I have already received a number of tips about crimes against animals or animals involved in the commission of crimes against people. This is going to be a must-listen for people who are true crime and animal enthusiasts.”

Julie Bryant of Fort Worth, Texas, has more than 30 years experience in agriculture and sports marketing. Beginning with her role as a journalist with The American Quarter Horse Journal, where she is still an award-winning contributor, she has served as a media liaison at the 1996 Olympic Games, as well as working with ESPN, NBC Sports and ABC Sports in broadcasts of Thoroughbred racing and Eventing. Julie founded her own firm, Latigo Associates, in 2000 as demand for her graphic design and advertising consulting grew. She assisted in the launch of the highly acclaimed Extreme Mustang Makeover, gaining national media attention on CNN, Fox News and ABC, as well as in the Los Angeles, Reno, Sacramento and Dallas markets and has worked with leading industry groups, including the International Stockmen’s Educational Foundation, the American Paint Horse Association, American Quarter Horse Association, National Cutting Horse Association and more. Crimes Against Nature is produced by Latigo Media, LLC, a division of Latigo Associates, all rights reserved. 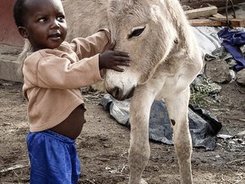 National Conference Of "Horse, Human And Nature" with …

Zoetis Donates CORE EQ INNOVATOR Vaccines to Partners of The …