Kimberly “Kimmy” Palmer (Half Moon Bay, Calif.) topped the standings again for the U.S. Vaulting Team in the FEI Individual Female Technical Test, earning a personal best score of 8.329, to hold sixth place overall with a combined score of 8.129 heading into the final day of competition.

Horses being fed at airport on way to FEI competition

Palmer vaulted aboard Rosenstolz 99, lunged by Laura Carnabuci (ITA) and owned by Club Ippico Monzese A.S.D., will showcase her freestyle test tomorrow as she looks to earn a spot on the podium at the conclusion of competition.

Palmer noted that she’s been focusing on the flow of her Technical Test and bringing things together to feel more like a freestyle, which she showcased beautifully today in front of the judges.

“My horse was perfect. I couldn’t have asked for him to be better. He was really great for me,” said Palmer. “I’ve been focusing on making the test more of a freestyle than a technical and just doing run through after run through to make sure that everything is really smooth and in time. I’m excited for the freestyle because it’s just so me, and who I am, and I want to be able to show that off.”

The two male competitors for team also showcased their Technical Tests today, with Daniel Janes (Moss Valley, Calif.) and Christmas PS Z, a 2013 Zangersheide gelding lunged and owned by Nienke de Wolff (NED), earning a 6.890, for a two-round average of 7.135 for sixteenth place.

Jace Brooks (Eagle Mountain, Utah) had an unfortunately rough dismount aboard Dwight, a 2004 Westphalian gelding owned by C. Kaag and lunged by Maurits de Vries (NED), to earn a 3.949 and ultimately giving them a score of 5.488 for seventeenth place overall.

“I’m much happier with the technical test than the compulsory round yesterday. We started off yesterday not quite in sync and today I changed my game plan and warmed up a bit differently and it showed in there,” said Janes.

“It wasn’t perfect by any means and there are a few technical test exercises that I didn’t perform that well, but taking those out of the picture, I felt really good about the performance, and I was much more in sync with my horse today and that’s what it’s all about.”

The U.S. Vaulting Pas-de-Deux Team of Todd Griffiths (Eagle Mountain, Utah) and Calle Davis (Spanish Fork, Utah) made their first appearance in Jyske Bank Boxen, earning a 6.587 from the judging panel. The pair vaulted aboard Lighting Jack 12, a 2007 Holsteiner gelding owned and lunged by Thordis Thoroe to take seventh place overall after the first day of competition.

Press release by US Equestrian 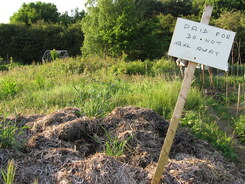 What Every Horseback Rider Needs to Know about Helmets

Let's Show the Toy Hall of Fame that Horses Matter …